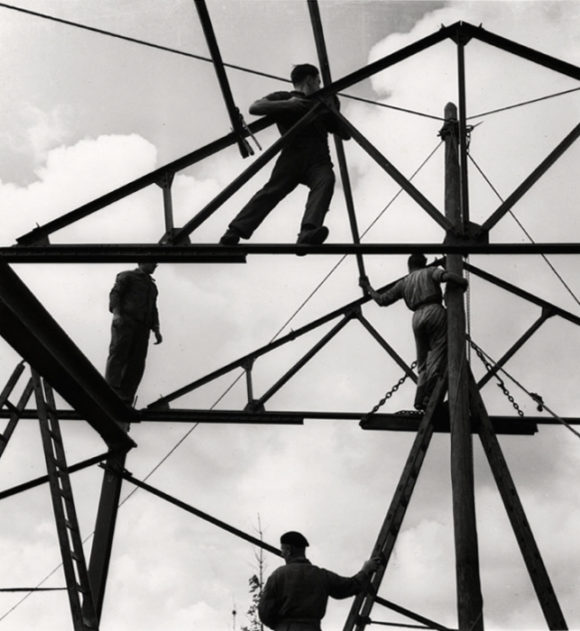 Known around the world, the photographs of Jewish life in Eastern Europe taken by Russian-American photographer Roman Vishniac (1897-1990) shortly before World War II determined his reputation for decades. Steven Spielberg used these iconic images for his film Schindler’s List. Recently discovered photographs spanning the 1920s-1970s reveal a much broader body of work, which includes images from Berlin, France, the Netherlands and the United States.

Vishniac’s oeuvre spans over fifty years and covers diverse subjects ranging from Berlin street life in the 1920s, the rise of the Nazis and the lives of Jewish refugees in Europe and the United States in the 1930s and 40s. In the Netherlands he photographed the former Jewish agrarian training camp Nieuwesluis in Wieringermeer. The retrospective Roman Vishniac (re)discovered presents this unknown work and demonstrates why Vishniac should be counted among the great modernist masters of photography in the 20th century. source

in cooperation with the International Center of Photography (ICP)