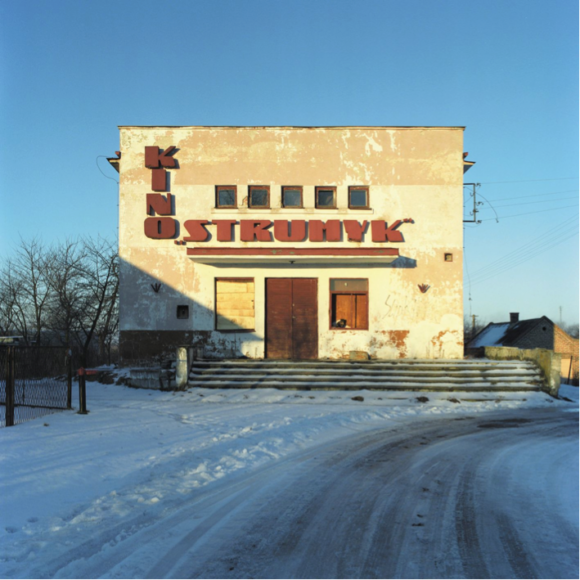 Roman Vishniac photos from pre-war Jewish Poland that became worldwide known through the publication A Vanished World and that are now placed in a new context in the exhibition Roman Vishniac (re)discovered (exhibited at the Jewish Historical Museum from Apr – Aug 2014) formed the starting point of the event Sztuka Polska.

During the event Sztuka Polska (‘Polish Art’) selected photo and video works that relate to the theme of Polish-Jewish history by different contemporary Polish artists were screened at the Jewish Historical Museum in Amsterdam. Curators Teresa Smiechowska (The Emanuel Ringelblum Jewish Historical Institute, Warsaw) and Eva Koppen (ProMu Cultural Projects, Amsterdam) and researcher Iwona Gusc (NIOD Institute for War-, Holocaust and Genocide Studies, Amsterdam) discussed and reflected on these works in the broader perspective of a growing interest in commemorating Polish-Jewish history and culture in Poland.

The following works were shown

Karolina Freino (born 1978) studied at the Academy of Fine Arts in Wrocław (sculpture), the Edinburgh College of Art, and the Bauhaus-Universität Weimar (MFA Public Art & New Artistic Strategies). Since 2007 she has been assistant lecturer at the Faculty of Sculpture of the Academy of Fine Arts in Wrocław. Recipient of fellowships from among other institutions the Polish Ministry of Culture and National Heritage (2012). Her works have been presented in solo exhibitions at the Entropia Gallery, Poznań; Zachęnta National Gallery of Art, Warsaw, BWA Studio, Wrocław and the Galerie im Georgshof in Hamburg.

Rafał Jakubowicz (born 1974 in Poznań) is a multimedia artist. He graduated from the Poznań Academy of Fine Arts (2000), where he currently runs the Studio of Art in Social Space. Author of essays published in art periodicals and exhibition catalogues. Member of the AICA since 2005. His works have been shown by venues such as MOCAK, Cracow; the Zachęnta National Gallery of Art and the CCA Ujazdowski Castle, both in Warsaw; Muzeum Sztuki in Łódź, as well as galleries in Israel, Germany, Czech Republic, Italy, Slovakia and Hungary.

Wojtek Wilczyk (born 1961) is a photographer, poet and author of essays on art. Graduate of Polish literature studies at the Jagiellonian University in Cracow, he is the author of poetry-and-photography volumes as well as photographic series documenting architectural traces of the past in the contemporary landscape. His works have been featured in exhibitions at the Zachęnta National Gallery of Art and the CCA Ujazdowski Castle, both in Warsaw, and at the Art Forum in Berlin. The series There’s No Such Thing as an Innocent Eye (2009) has been shown at the Atlas Sztuki in Łódź, then also in Poznań, Cracow, Jerusalem, Paris and Chemnitz.

Krystyna Ziach is a photographer and multimedia artist. She studied sculpture at the Academy of Fine Arts and art history at the Jagiellonian University, both in Cracow and continued her studies at the Academy of Fine Arts (AKI) in Enschede (NL), where she specialized in photography and graphics. Her works have been featured in exhibitions at the Museum Beelden aan Zee in The Hague, The Netherlands Fotomuseum in Rotterdam and the Museum Kunst Palast in Düsseldorf. Dark Street Revisited 1983-2013 has recently been acquired by the Jewish Historical Museum in Amsterdam.

Artur Żmijewski (born 1966 in Warsaw) is a visual artist, author of videos, photographs and objects. Holder of an MFA degree in sculpture from the Warsaw Academy of Fine Arts, he debuted internationally at the Kunsthaus Basel in 2005 and in the same year represented Poland at the 51st Venice Biennale. Curator of the 7th Berlin Biennale of Contemporary Art in 2012. Considered one of the key representatives of the ‘critical art’ movement, he is interested in art’s social applications. Art director of the periodical Krytyka Polityczna (since 2006). In recent years he has practiced mainly photography and film. He has had exhibitions in London, Boston, Basel, Berlin, and Toronto as well as at the Zachęnta National Gallery of Art and the CCA Ujazdowski Castle in Warsaw and the Arsenał Gallery in Poznań.

In the 1980s Vishniac’s work became well known through the exhibition and publication A Vanished World, which showed his work from the late thirties that was mainly shot in Central Europe. The photos of poor Jewry in cities like Warsaw, Krakow and Lodz from that time onwards not only determined the reputation of Vishniac as a photographer, but also the imagery of a lost culture, namely the Jews of Central Europe. The iconic photos from Vishniac’s publication A Vanished World inspired Steven Spielberg for the cinematography of Schindler’s List. The exhibition offers a new perspective on the much broader body of Vishniac’s work, with images from Berlin, France, the Netherlands and the US and spanning from the 1020s-1970s.

A great part of Vishniac’s photos of Central-European Jewish life where shot in Poland, in cities such as Warsaw, Lublin and Lodz. Before the Second World War these and other Polish cities were well-known centres of Jewish life and culture. Although Vishniac in his works captured a specific image of the Polish-Jewish population, in pre-war Poland Jewish life and culture existed in many different forms – from liberal to orthodox, from poor to wealthy, from segregated to assimilated. Whereas Jews were present in Polish society and culture for a period of almost a 1000 years, after the war the rich and diverse Jewish life and culture in Poland was almost completely destroyed by the tragic events of the holocaust.

In its events programming for the Vishniac exhibition the JHM aimed at offering a varied programme that not only shows further insight into the work and life of Roman Vishniac, but also offers new perspectives on related themes. Sztuka Polska is the only event with a focus on contemporary Poland and on contemporary art.

Curatorial statement
The event Sztuka Polska aims at exploring different ways how contemporary Polish artists in their work deal with Polish-Jewish history and how they strive for creating more awareness of this past and its absence in Polish collective memory. It explicitly does not focus on the controversial concept of ‘Polish anti-Semitism’ in both pre- and post-war Poland, as often presupposed in Western European countries and the US. However, Sztuka Polska does touch the question of how this assumption might influence contemporary Polish artists as a way to ‘attract’ attention for their work.