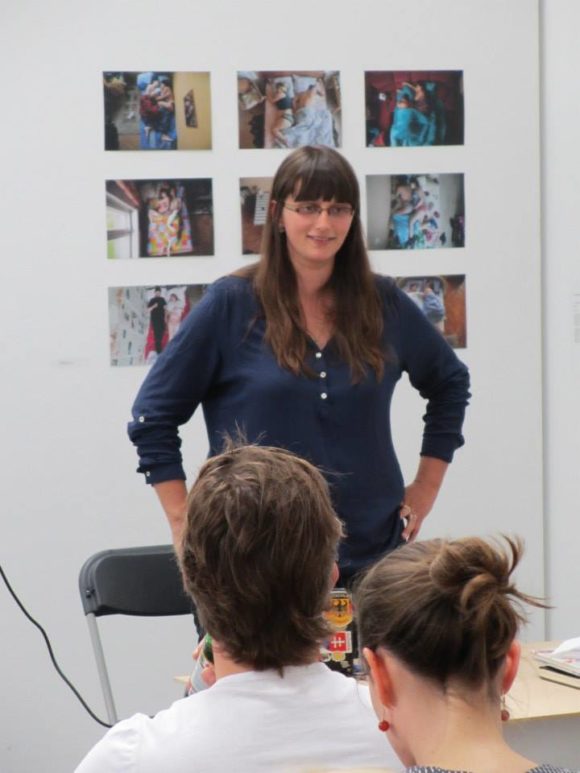 Photographer Jana Romanova (St. Petersburg, 1984) gives a talk on her work, artistry, and the state of contemporary photography in Russia. Romanova has a background in journalism and focuses on the relationship between documentary photography and artistic research. Her work is exhibited and published internationally. She teaches photography and theory at FotoDepartament, one of the art initiatives participating in New Saint Petersburg.

The New Saint Petersburg exhibition presented three works by Jana Romanova. The photo series Waiting (2009-2011) documents sleeping couples expecting their first child. These young Russians live in small apartments decorated with inexpensive furniture, in which both the globally well-known styles of Ikea as well as the old Soviet Union interiors recur simultaneously. For The Book of a Savior (2009-2012) Romanova for three years followed the intense and often bizarre daily life of rescue workers in Saint Petersburg. The project Shivilishvili (2012-2013) focuses on Romanova’s investigation of the tragedy of her Russian-Georgian family history.

introduction and Q&A moderated by Zippora Elders, curator of the show